‘Body & Spirit In Psychotherapy: If Not Now, When?’ – A Kings College London Event

Previous Next
‘Body & Spirit In Psychotherapy: If Not Now, When?’ – A Kings College London Event 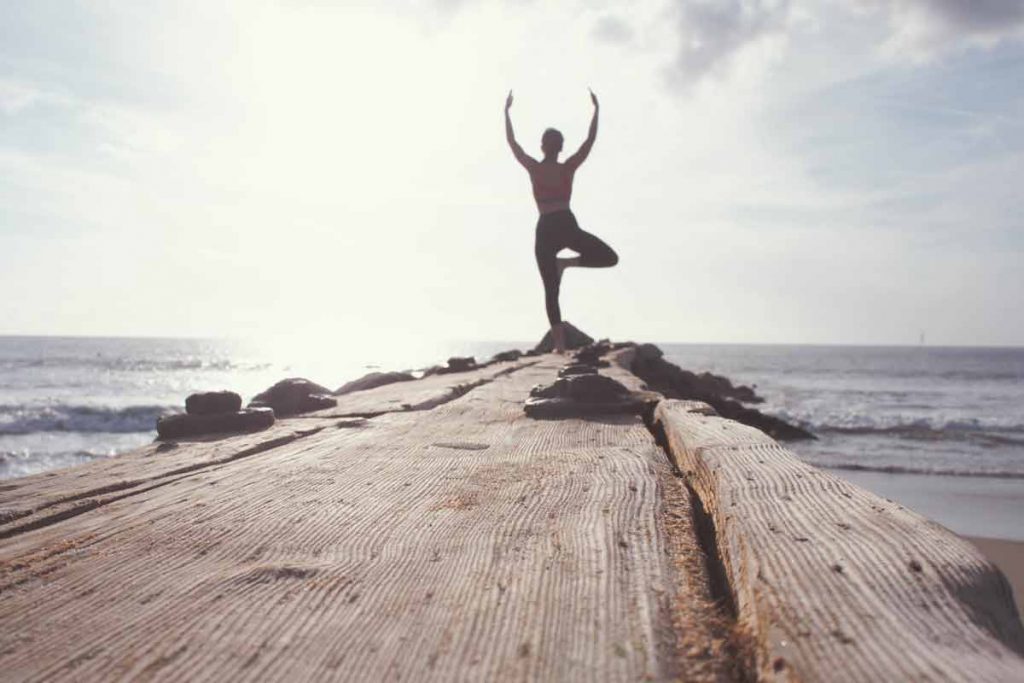 ‘Body & Spirit In Psychotherapy: If Not Now, When?’ – A Kings College London Event

Having attended this debate in London last month, headed by Nick Totton and Professor Andrew Samuels I left stimulated and yet with more new questions than answers. As a result I felt moved to play with what was posited there and to tie it in with some of the philosophy, beliefs and practices at the Oxford Development Centre. Here at the ODC we owe some of our professional foundations to the cognitive side of therapy but we are keen to look deeper and beyond to body and mindfulness-based psychotherapies especially in our treatment of trauma.

The Difference Between The State And Process Of Embodiment

‘Having A body’ Is like Saying I Am Not My Body

The state of Having a Body is a common cultural occurrence in that many people experience their selves in their heads; locate their minds in their heads and brains only – and see their body as the sometimes rather irritating and periodically malfunctioning piece of apparatus which happens to be attached below the neck.  Descartes’ mind-body split was a necessary schism at a time when it was thought that the body needed to be intact for the soul to ascend to heaven. Cartesian Dualism gave permission for the dissection of bodies and hence gave rise to the exponential growth in the understanding of anatomy and medicine. Although this was evidently a good thing and has saved countless lives, the dualism persists today in the stubborn biomedical model of disease where systems, relationship and culture is largely disregarded in favour of a more reductionist model prioritising physiology and biochemistry. It is still ingrained into a majority of patients and practitioners alike that physical health and mental health are different or even separate disciplines. Some would say that medicine, by adhering so rigidly to scientific method lost its compassion and gave up its moral responsibility to the true health concerns of human beings. Philosophically ‘having a body’ is like saying I am not my body – it belongs to me, much like owning a shoe or a pet. Historically, the West in particular, has a long tradition of denigrating and undervaluing the human body, the natural, the earthy and the wild. Think of monks punishing the ‘flesh’ and the persecution of witches. Psychologically, we might think of this as an unintegrated state akin to dissociation. Eating Disorders such as anorexia can be thought of in such terms where the body is seen as something to be controlled rather than cared for, and that harm is seen as not so important, as it is to ‘my body’ but not actually to ‘me’. Much of body psychotherapy looks to bridge this gap between brain and body and to reconnect body feelings to emotions.

The idea of Being a Body on the other hand sounds like a rather pleasant, integrated state where one is in touch with nature and importantly one’s own nature. Implied in this could be said to be a sense of the finite nature of existence being tied to the eventual deterioration and death of the body. Live for the now, keep healthy, experience everything, carpe diem, live sensually. Many of us strive for these ideals through relationships, exercise, diet and learning strategies through self-help and strategies learned via mainstream psychological therapy such as managing thoughts and behaviour. There is much to be said for this way of life and the benefits are suitably reinforcing in terms of health and wellbeing.

The concept of Using a Body is a fascinating one which has elements of both of the others and yet invites us further. Spiritual traditions speak of the spirit or soul ‘using’ the body as the means by which experience and evolution is achieved. Silver Birch said:

‘you must realise you are spiritual beings expressing yourselves through physical bodies and that the spirit is the supreme part of you. Give attention to your body as the house in which you live, but it is only the house. It must be kept in good condition, but it is not you’.

Yogic teaching speaks of the incredible ‘technology’ of your body and energy systems within. The practice of yoga itself is not merely stretching and breathing (although these are good!) but the means by which we achieve balance and can connect and feed the experience and evolution of the spirit. Sadhguru, the popular mystic and international speaker urges us to pay attention inside and use our bodies to their full capabilities:

“If you ignore this inner technology, it is like owning an aeroplane but only using it to drive to the shops and back.”

In addition to a dwindling 47% of the country who identified themselves as ‘religious’, 20% of people in the UK now identify themselves as SBNR (Spiritual But Not Religious) and culturally, there seems to be a groundswell of desire to reconnect with bodily processes such as breath, movement impulses, balance and sensibility. With the realisation that the mind only goes so far, the Oxford Development Centre is committed to bridging the head-heart gap, where we might know something is illogical such as a fear of spiders for example (in England they tend not to attack us!) – but still feel the terror in our bodies all the same. Body psychotherapies with eminent and respected proponents such as Bessel van der Kolk, Pat Ogden and Peter Levine to name but a few, aim to tune into the body’s sense of what I have come to think of as the ‘Unthought Known’. Indeed:

The experience of discovering within oneself present attitudes and emotions which have been viscerally and physiologically experienced but which have never been recognised in consciousness, constitutes one of the deepest and most significant phenomena in therapy 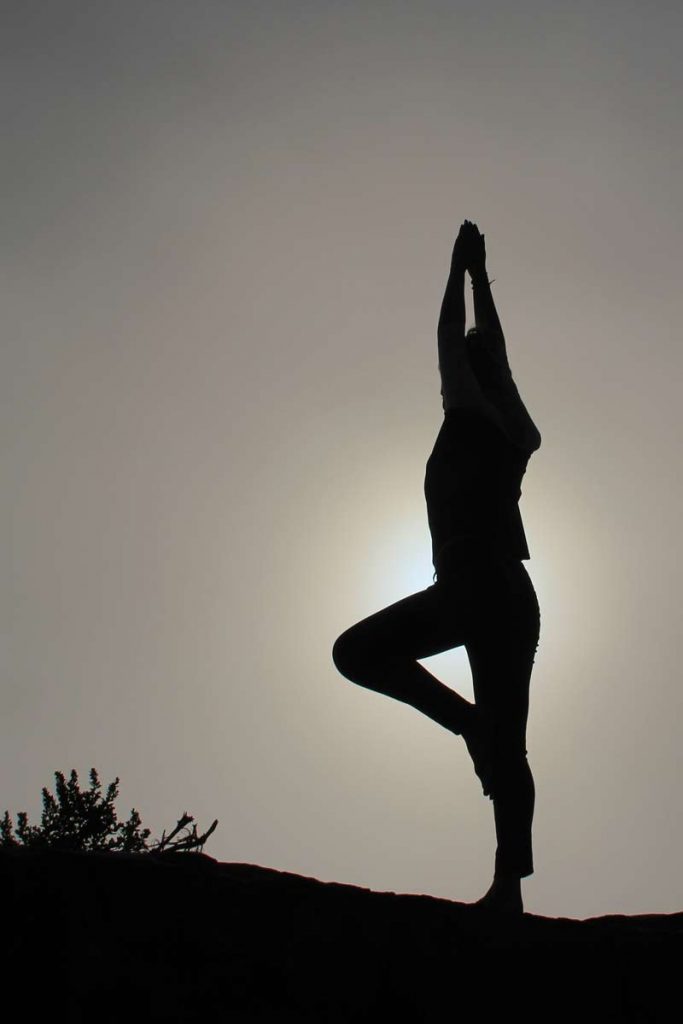 Much of our work involves the mindful exploration of visceral experience via the application of various breathing techniques. Some have argued that the breath is the interface between the mind and the body. I believe, and I am certainly not the first, that we could or should go further: that the breath connects the mind, body and spirit (note the epistemological connections between spiro ‘I breathe’ and ‘spirit’ and ‘inspiration’) whether that spirit is, or merely inhabits, our body. CRM (the Comprehensive Resource Model, developed by Lisa Schwartz) is a wonderful therapeutic approach which is perhaps more explicit in its emphasis on the spirit as well as the mind and body, and amongst other effective tools borrows and develops the concept of the Heart Breath. This breath and associated imagery channels a person’s individual sense of a higher power (this could be a religious figure, an SBNR energy, or just the concept of Kindness) towards a part of the body which holds an emotion or trauma memory such as tightness in the chest or trembling in a limb. This part is held in mindfulness and a kind, curiosity until completion or processing occurs and the unthought known is validated, heard and expressed. As a clinician I love this breath since to me it is respectful to mind, body and spirit. It is about attunement and bringing a good attachment figure (like a perfect parent) to a pain which has often lain dormant (but disruptive) in the body for such a long time. Sometimes a person’s experience leads to finding it hard to be self-compassionate or even to accept kindness from another human person. London was ‘voted’ the ‘Loneliness capital of Europe’ in recent years as we retreat away from emotions behind our screens. The Heart Breath outsources our need for connection and kindness to an unspecified ‘other’, and the high proportion of those who are religious, cite SBNR beliefs or those who merely search for meaning beyond the daily grind will recognize this perhaps as meeting a real and very present need.

In conclusion, who are we to preach, but the concepts of having, being and using a body are three pathways through life and the concept of ‘better’ can smack of self-righteousness and even an arrogant exclusivity. Much has been made of new ages, awakenings or even just it being ‘time to change’ – what is perhaps supremely important is the idea of a free choice based on the availability of information and if wanted the availability of personal development and/or therapy spaces to pursue whichever choice you make. The idea of Body and Spirit or ‘using your body’ is a warm invitation –  and if not now, when?

About the Author: Charlie

"I have a passion for integrating mind, body and spirit into the work we do and applying current, up-to-date advances in the treatment of trauma in a creative and formulation-based way. I have a broad and varied experience having worked in different settings in both private organisations - I was clinical director of a residential trauma unit and ran an out-patient clinic in Harley Street - and as clinical psychologist and lecturer in the National Health Service. I have specialised primarily in trauma, abuse and their many manifestations. My main aim is to help clients to observe, understand and change patterns laid down in childhood and through acute stress. Attunement is key and accompanying clients on such a journey and seeing them transform and accept is a huge privilege." Learn more about Charlie here.
Page load link
Go to Top