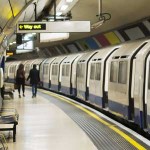 Tuesday marked the 10th anniversary of the 7th of July London bombings, in which 52 people lost their lives and over 700 people were injured. Recently, a similarly horrific attack on holiday makers occurred in Tunisia, which claimed the lives of 38 victims. Alongside the tragic loss of so many lives, there are huge psychological ramifications for the survivors of these events. The unexpected and extreme nature of moments like these mean that those involved are often subject to shock and Post Traumatic Stress Disorder.

When the driver of a car in Graz, in Austria, intentionally careered into a crowded plaza, killing 3 people, the bystanders were all witness to an unprecedented and shocking moment in their lives. An event such as this is deeply disturbing and stressful to those who witness it, and can have lasting effects if left untreated. Critical Incident Stress Management is a process which can be used to help people to assimilate what they have experienced.

Members of our team are often called on, after events such as these, to provide professional support for those involved. A Critical Incident Stress Management Workshop helps witnesses of traumatic events to understand what a normal stress reaction looks like. In the aftermath of a stressful event, witnesses are helped to calm their own nervous system, and to access their natural resilience.

Alongside the psycho educational element to the Critical Incident Stress Management Workshops, attendees are also taught first aid resources, and importantly, how to monitor their own reactions to events through Watchful Waiting. This ensures that if symptoms should fall outside of an expected and manageable course, the appropriate professional support can be sought out to help further.

Following a group session, the workshop will facilitate individual sessions where participants can speak privately with our trained professional, allowing them to express any personal anxieties or fears, which they might have held onto within a group scenario.

The final aspect of a Critical Incident Stress Management Workshop is a follow up session to ensure that everybody has been able to move through the complex and often very unfamiliar emotions which trauma can bring to a person’s life.

At The Oxford Development Centre, we have specialist expertise in stress and trauma, and a wealth of experience in helping people to recover from a wide range of traumatic life events. The feelings associated with having experienced a traumatic event can become a major hindrance to one’s well-being if left unchecked. With the proper help and support, people can fully recover from their experiences and move forward with their lives, often made stronger through the events which they have, ultimately, been able to overcome.[wp_social_sharing social_options=’facebook,twitter,googleplus,linkedin’ twitter_username=’stresssandtrauma’ facebook_text=’Share on Facebook’ twitter_text=’Share on Twitter’ googleplus_text=’Share on Google+’ linkedin_text=’Share on Linkedin’ icon_order=’f,t,g,l’ show_icons=’1′ before_button_text=’Share This Post: ‘ text_position=’left’ social_image=”]

About the Author: Charlie

"I have a passion for integrating mind, body and spirit into the work we do and applying current, up-to-date advances in the treatment of trauma in a creative and formulation-based way. I have a broad and varied experience having worked in different settings in both private organisations - I was clinical director of a residential trauma unit and ran an out-patient clinic in Harley Street - and as clinical psychologist and lecturer in the National Health Service. I have specialised primarily in trauma, abuse and their many manifestations. My main aim is to help clients to observe, understand and change patterns laid down in childhood and through acute stress. Attunement is key and accompanying clients on such a journey and seeing them transform and accept is a huge privilege." Learn more about Charlie here.
Page load link
Go to Top