Healing The Complex Trauma Of Holocaust And Genocide

Previous Next
Healing The Complex Trauma Of Holocaust And Genocide 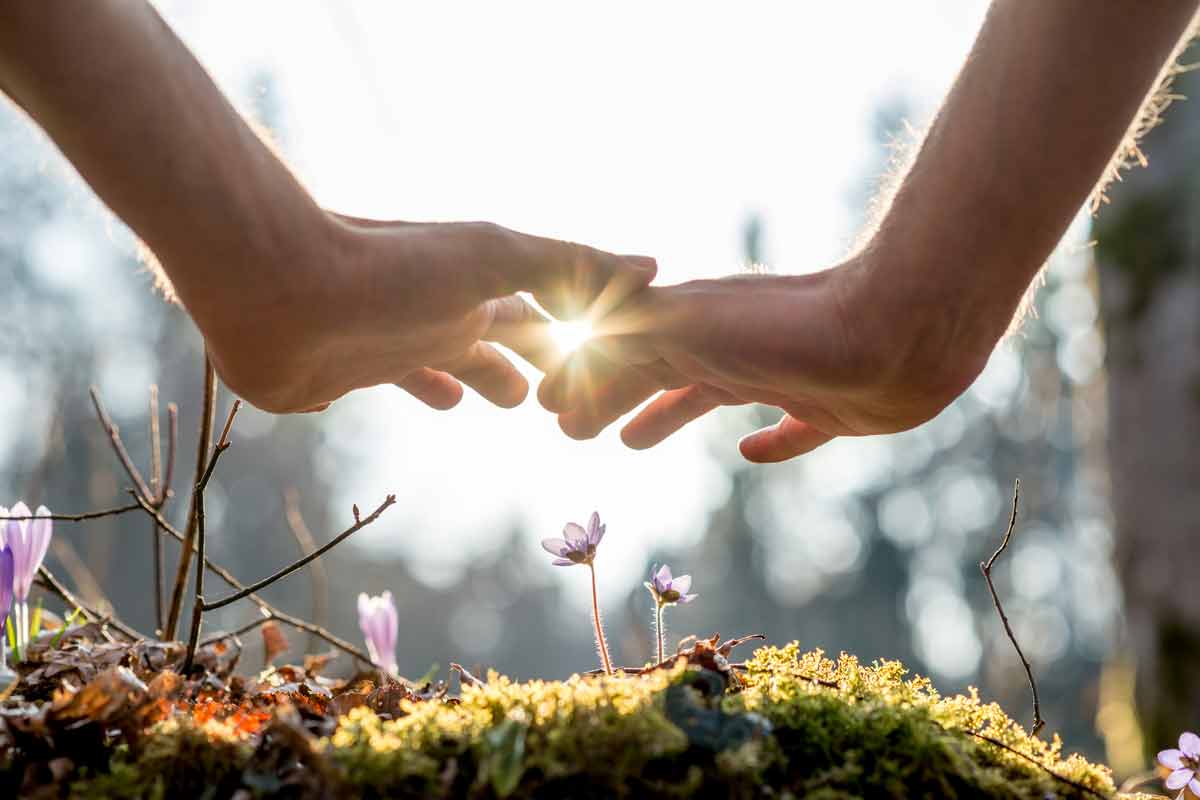 Dr Claudia Herbert recently spoke about complex trauma at the Holocaust Memorial Day at Kingston University. The talk highlighted the deep rooted trauma which such acts of mass genocide leave behind for the survivors. The effects can span many generations and are felt across the whole of humanity as stories of the atrocities are uncovered. Following are some extracts from the talk. These focus on how complex trauma develops in extreme situations of human cruelty and the techniques which exist in modern trauma therapy to try to move forward from such trauma.

We live in a world of light and shadow. Human beings are capable of the greatest and most amazing acts of light, serving earth and humanity and yet they are also capable of the most horrific acts of darkness, inflicting cruelty, terror, destruction and genocide on their fellow human beings and our beloved earth. The Holocaust bears witness to deeds of the most horrific darkness, cruelty and destruction, resulting in the death of 11 million people. Of these about 6 million were Jews, 5 million people belonged to other target groups and 1.5 million children died.

The Holocaust claimed millions of victims but also the survivors, now mostly in their second, third or even fourth generation, still bear the scars of the enormous suffering of their relatives and ancestors. The effect has rippled through numerous families and wounds are still present and may not be healed. This is true also for the survivors of subsequent genocides, such as in Bangladesh, East Timor, Cambodia, Guatemala, Bosnia, Rwanda, Darfur in Sudan and the current Syrian and many other ongoing serious crises in our present times as we speak.

How Trauma and Complex Trauma Occur

PTSD As A Reponse To Overwhelming Or Terrifying Events

In response to overwhelming, terrifying and out-of-control events a split occurs within us, separating our day-to-day rational cerebral functioning Self from our instinctual, feeling parts which are controlled by our autonomous nervous system. This helps us survive dangerous situations.  Our autonomic functions take over.  They provide us either with adrenaline to rush into a ‘fight’ response during which we can take on the aggressor and preserve ourselves or with extra ‘bloodflow’ to swiftly enable us to go into a ‘flight’ response during which we can escape the traumatic experience.  Subsequently, people may develop Post Traumatic Stress Disorder (or PTSD for short). This happens if they cannot turn off their ‘fight’ or ‘flight’ response once the threat is over and then their system stays in an adrenalised state in which they cannot relax or rest. Usually, if this is the case, with specialist help it is relatively easy to recover from this type of PTSD.

When trauma is extreme and ongoing, neither ‘fight’ nor ‘flight’ responses are possible nor effective in ensuring survival. This would mostly have been the case during Holocaust experiences or those of other genocides. This is called complex trauma. In such instances, persecutors usually break down the resilience of their victims by shrinking them into submission and destroying their sense of control and self-esteem through a toxic cocktail of denigration, rage, threat, contempt and scorn, such as the horrific scapegoating of the Jews and other groups targeted for ‘ethnic cleansing’ by the Nazis.

Under such circumstances the only survival responses left to a person are the ‘freeze’ or the ‘fawn’ responses. The ‘freeze’ response is triggered when a person, realising resistance is futile, numbs into dissociation or collapses (internally, emotionally or externally, physically) as if accepting the certainty (inevitability) of being hurt. The ‘fawn’ response happens when a person totally submits their identity or needs to those of an aggressor by appeasing or pleasing them in order to forestall an attack.   The latter response has also been referred to as the ‘Stockholm syndrome’, in which a victim becomes co-dependent and over-identifies with the aggressor to increase their chances of survival.

When complex trauma is ongoing, such as during the time of the Holocaust and in the concentration camps of Nazi Germany, people’s perceived chances of survival depended on the consistent use of these coping responses.  In situations of extreme trauma, people often fragment into separate, distinct personality parts.  Some of these parts ‘get on’ with the task of ensuring ‘day-to-day’ survival (these are referred to as ‘Apparently Normal Personality’ – ANPs). Other parts store the emotional and sensory memories of the traumatic ordeals away from the person’s conscious, every day awareness (‘Emotional Personalities’ – EPs). This enables survival from the trauma to become possible. For those who managed to survive the traumatic ordeals of the Holocaust, other genocides or situations of torture and persecution, their coping responses become neurologically ‘hard-wired’ into their ‘mind-body’ system and most, if not all of them, would have lost access to their previous identity of a non-traumatised Self.

How Can Life Go On After Such Horrific Trauma?

The Aftereffects Of Experiencing Complex Trauma

For survivors of the Holocaust or other genocide life can go on.  However, without specialist professional help, life is greatly compromised because of the fragmented nature of their identity which leads to a sense of brokenness and many other problems. Survivors may suffer from disturbing nightmares and vivid flashbacks which are caused when dissociated fragments of their traumatic experiences get triggered, for example through particular images, sounds, movement, thoughts, touch or smells.  Survivors may have a very fragile sense of Self, relationship difficulties and enormous difficulties trusting people, institutions or figures of authority around them. They may feel numb, alienated, depressed and emotionally shut off from themselves and others. They may feel that they have lost themselves and no longer know who they are. They may experience multiple fears, anxiety, toxic shame, but also feelings of anger, rage, disgust, hate and emotional dysregulation. They may feel guilt at having survived when others didn’t and may experience also suicidal ideation.

For those who survived the Holocaust or other genocide life did go on in some form. However, for many their tremendous inner turmoil, their suffering and dissociated pain will never be fully known to us. Yet, much of it will have passed on to subsequent generations in the form of inter-generational trauma.

Fortunately, great advances have been made in our understanding of how to help people recover and heal from their experiences of even the most complex trauma.  The healing journey involves many facets and different phases. These include helping complex trauma survivors:

This form of trauma therapy takes time and requires very specialist help from highly trained therapists who have worked on their own trauma and do not dissociate in the face of such horror. It needs to be carefully paced to each individual person’s needs, requires a multi-modal, integrative approach that includes body-oriented work, as the effects of trauma manifest in the body as well as in the mind.

Honouring And Remembering The Holocaust’s Victims And Survivors

Lastly, honouring and remembering the victims and survivors of the Holocaust, their enormous suffering and that caused by subsequent genocides is very important. More than ever in human history do we live in a time where the contrast between light and dark could not be more visible. Unfortunately, history has shown us that it is not enough as a human race to make a resolve with our conscious, rational minds to end all genocide, persecution and terror. The sooner we start to recognise that we can all contribute in our own way to World Peace, especially by transforming that which is not peaceful within our inner being, the greater is the possibility for lasting change so that life can go on for our beautiful planet earth and all its inhabitants, beyond the Holocaust, genocides and trauma.