How Are The New Year’s Resolutions Faring Now February Is Here?

Previous Next
How Are The New Year’s Resolutions Faring Now February Is Here?

February is often the biggest stumbling block when it comes to making new year’s resolutions stick. Here are some useful tips Dr Claudia Herbert recently gave when asked about resolutions for a magazine feature on the topic

Having stayed motivated by a goal for the new year throughout January, February is often the crunch month when good intentions fall quietly by the wayside and old patterns and habits reassert themselves once more. If a resolution is still going strong by the end of this month, it is a good sign that it has found a way into an ongoing lifestyle which is, ultimately, the only way that changes can become lasting. 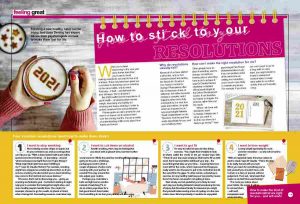 “Often people have an idea of what they want to change, but without thinking about what they have to do to achieve it”

This is one of the key points made by Dr Herbert in the Yours Magazine article, in which a selection of psychologists were consulted on the topic. So often, the focus of a resolution is on the, hoped for, outcome but to be able to achieve this it’s important to become aware of the process involved in making a lifestyle change. By acknowledging that making a lasting change is rarely easy we validate the importance of spending some time preparing properly and so give ourselves the best chance of success. 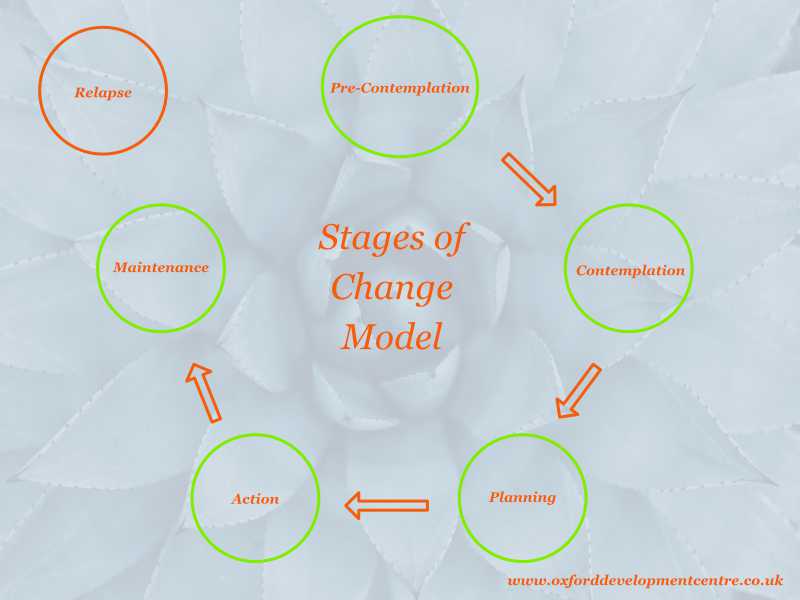 I Want To Stop Smoking 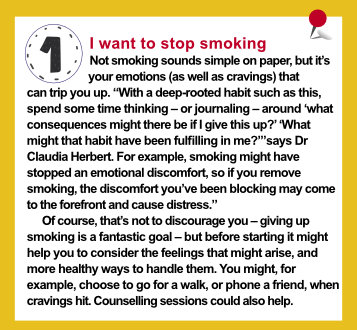 Smoking was one of the resolutions which was highlighted in the magazine article mentioned earlier. While cutting highly addictive substances such as nicotine or alcohol from a lifestyle can be a challenge, understanding the Stages Of Change model can help with this too. In the magazine example, Dr Herbert recommended the following during the contemplation and preparation stage:

“With a deep-rooted habit such as this, spend some time thinking – or journaling – around ‘what consequences might there be if I give this up?’ ‘What might that habit have been fulfilling in me?’”

Resolutions fail when the proper preparation and actions are not taken. By approaching your goal with an understanding of how to best prepare, the necessary actions to take and how to maintain a new behavior, you will be well placed to succeed. If you do falter, don’t be too hard on yourself or give up. Instead, remind yourself that the process of making a lifelong change is an ongoing and incremental one which can only be achieved with good foundation preparation and ongoing commitment and perserverance. Hopefully, the ideas here have given you the motivation to continue with your new year’s resolution throughout February and into the year beyond.

About the Author: The Oxford Development Centre

For over 20 years we have been providing empathic professional psychological assessment and treatment, and supervision and training in a friendly, understanding and peaceful environment.
Page load link
Go to Top