Our body has an inherent ability to protect us in situations that feel dangerous to us. In response to overwhelming, terrifying or out-of-control events a split occurs within us. Our day-to-day rational cerebral functioning Self (front brain) turns off and is separated from our instinctual, reactionary parts (back, mid and hind brain) which turn on and take over, controlled by our autonomic nervous system. This is an evolutionary design to help us survive such situations. When our autonomic functions take over in response to signals of perceived ‘danger’ increased amounts of neurotransmitters are released into our body. Noradrenaline helps us focus and react quickly. Adrenaline increases our heart rate to enable more oxygen and nutrients to become available to the muscles in our arms and legs, allowing the body to move quickly. Blood pressure increases, immune function is strengthened and our blood supply is diverted away from non-urgent activities all to be able to help us maximise our ability to respond to threat.

These neurochemical processes, which humans share with animals, are aimed at activating the ‘fight’ or ‘flight’ responses, enabling immediate survival of the threatening or overwhelming situation.

If either ‘fight’ or ‘flight’ are not (or only partially) possible in a dangerous situation, more complicated neurochemical processes set in and our body might go into states of ‘freeze’, ‘flop’ or ‘fawn’ (also referred to as ‘be-friend’ or ‘submit’ response).

The System Stuck On Red Alert 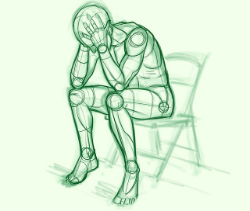 Post Traumatic Stress Reactions of high arousal have sometimes been described as, ‘the system getting stuck on red alert’. The emergency response fails to shut off and the body is prone to surges of adrenaline, which send messages to the brain with the effect that things in the environment can continue to be perceived as dangerous and potentially threatening – just as the trauma was. In other words, traumatised individuals have the potential to be ‘triggered’ by things that are now no longer dangerous or unsafe.

The smallest reminder of something remotely associated with the event (a slight sound, a flash of colour, a smell) can set off a dramatic response. For example, a car backfiring or a loud ‘bang’ in the street, etc., and you find yourself diving to the floor without thinking, as if your body has been ‘programmed’ to expect danger and to react to the slightest diversion from the ordinary as if it were life threatening.

Such behaviour could also be triggered by memory flashbacks to the actual traumatic event, or the experience of a ‘replay’ of all or part of the trauma before your eyes. This happens because some parts of the brain don’t function their usual way due to the high levels of stress hormones, like adrenaline, being released. For example, the hippocampus, which processes memories, stops working properly, leading to flashbacks and nightmares of the unprocessed memories of a trauma.

What seems so real to the PTSD sufferer may not be at all apparent to companions or onlookers. It might feel disconcerting, and at times embarrassing for them, when dramatic over-reactions occur in public or even in front of the rest of the family.

Diving under a table in a restaurant in response to a dish being dropped and smashing is hard to explain, even to close friends. As a result, people suffering from PTSD may become very anxious about being in public, or at social gatherings where they feel ‘exposed’. They may begin to avoid such situations or feel panicky if they are unavoidable. Their ability to predict how they will react can decrease and their confidence in their coping ability suffers as a result. You can read more about PTSD symptoms by following the link below.

When trauma is extreme and ongoing, neither ‘fight’ nor ‘flight’ responses are possible nor effective in ensuring survival. These sorts of situations can arrive in many scenarios such as hostage situations, childhood abuse, sexual truama, ritual abuse, torture and genocides. This is called complex trauma. In such instances, persecutors usually break down the resilience of their victims, shrinking them into submission and destroying their sense of control and self-esteem through a toxic cocktail of denigration, rage, threat, contempt and scorn.

Under such circumstances the only survival responses left to a person are the ‘freeze’ or the ‘fawn’ responses. The ‘freeze’ response is triggered when a person, realising resistance is futile, numbs into dissociation or collapses (internally, emotionally or externally, physically) as if accepting the certainty (inevitability) of being hurt. The ‘fawn’ response happens when a person totally submits their identity or needs to those of an aggressor by appeasing or pleasing them in order to forestall an attack. The latter response has also been referred to as the ‘Stockholm syndrome’, in which a victim becomes co-dependent and over-identifies with the aggressor to increase their chances of survival.

When complex trauma is ongoing, people’s perceived chances of survival often depend on the consistent use of these coping responses. In situations of extreme trauma, people often fragment into separate, distinct personality parts.

Some of these parts ‘get on’ with the task of ensuring ‘day-to-day’ survival (these can be referred to as ‘Apparently Normal Personality’ – ANPs). Other parts store the emotional and sensory memories of the traumatic ordeals away from the person’s conscious, every day awareness (these can be referred to as ‘Emotional Personalities’ – EPs). This enables survival from the trauma to become possible. For those who manage to survive deeply traumatic ordeals, such as those described above, their extreme coping responses have often become neurologically ‘hard-wired’ into their ‘mind-body’ system and most, if not all of them, will have lost access to their previous identity of a non-traumatised Self. Many complex trauma survivors are not aware of their fragmented parts, as these are held in dissociated memory systems outside of their normal day-to-day conscious awareness. Our section on Dissociation may also be helpful to read.

Untreated complex trauma is frequently the cause of many presenting problems that people bring to their GP, including depression, chronic anxiety, addictions, relationship problems, eating disorders, obsessive compulsive problems (OCD), behavioural challenges, self-harm, isolation and estrangement from others. These symptoms are coping responses aimed at helping to avoid the underlying trauma-linked emotions which are too overwhelming and painful to bear, such as the fear, terror, grief, shame, disgust, pain and others.

Those who have experienced trauma which activated these more complex survival responses are advised to seek specialist therapeutic help to enable them to recover from this. It is unsafe and re-traumatising to engage in any form of reliving of the trauma experiences before enough resources and stabilisation strategies are in place. Clients with complex trauma require longer-term therapy that needs to be tailored to their specific needs and survival based coping responses. This requires trauma therapists specialising in the work with complex trauma, PTSD and dissociative problems.

PTSD is a condition from which people can heal.

Every person’s circumstances are different, and it is important that therapy is tailored to individual needs. Specific therapeutic conditions have to be created which allow a traumatised person’s brain and body to feel safe enough to step into the re-experiencing of their trauma-based experiences. This enables the release and transformation of painful emotions and feelings. As this happens and the feelings are now experienced as tolerable there is no longer a need for the associated survival-based coping behaviours. The body and brain change their behaviours and thinking and positive neurochemicals (like endorphins) are released. This enables the transformation and healing of trauma.

Eye Movement Desensitization and Reprocessing (EMDR) and Trauma-Focussed Cognitive Behavioural Therapy (TF-CBT) are both recommended by NICE (National Institute for Health and Care Excellence) as effective therapies for the recovery from PTSD. Due to the underlying neurobiological nature of trauma affecting body, brain and mind additional body-centric techniques can be profoundly helpful. These include Comprehensive Resource Model (CRM), Sensorimotor, Somatic Experiencing, Trauma-Informed or Trauma-Sensitive Yoga Therapy, Mindfulness-Oriented Interventions and Equine Assisted Trauma Therapy.

You can learn more about PTSD symptoms, PTSD treatments, and read a PTSD case study by following the links to our other PTSD resource centre pages below. 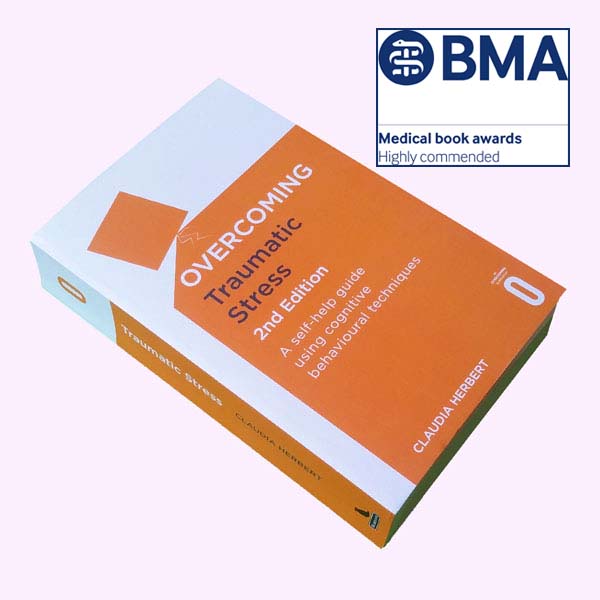 If you are interested in going deeper into the topic of trauma recovery you can find out more about the book here: