Mental Health In The Emergency Services

Previous Next
Mental Health In The Emergency Services 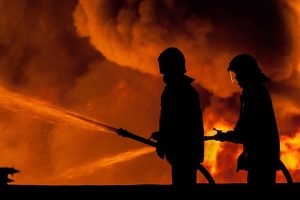 Job Cuts Are Implicated As A Cause For Mental Health Problems

In a Guardian article on the subject they cite the Police Federation and the Fire Brigade Union’s suspicions that job cuts, and the resulting increased stress through heavier workloads for remaining employees, as a major factor in their member’s mental health burdens. As the chairman of the Metropolitan Police Federation, John Tully says:

“People are working inordinate hours of overtime for no payment, for the simple reason that they want to do a good job and see the job finished, but it’s an intolerable situation, which can only get worse. Increasingly, police officers are put in situations where they feel they’ve let the public down, they feel they’ve let themselves down and they’re ashamed of that because of their professionalism, so it’s no wonder that some do take that last drastic step.”

BBC radio Oxford recently included the topic of PTSD among the fire service in a section of their episode on Post Traumatic Stress Disorder. Dr Claudia Herbert, from our psychology consultancy, contributed to the discussion. One of the points she raised is the persistence of stigma towards mental health issues within the workplace and the problems it can bring to those in need of treatment:

“There is still, unfortunately, a lot of stigma and shame attached to not being able to cope, or feeling overwhelmed, and the majority of people might find it very difficult to disclose how they are truly feeling among their colleagues because they don’t want to let the team down and they don’t want to be seen as weak or not coping.”

Mind are one of the organisations who have been working hard to try to break down this stigma towards mental health within the emergency services. They have been running a campaign called the Blue Light Programme for the past year which aims to raise awareness of mental health challenges and promote solutions and a knowledge base for all those working in this field.