Previous Next
Mindfulness-Based Cognitive Therapy As Effective As Antidepressants 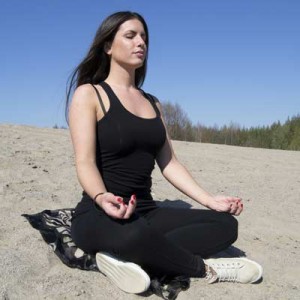 A study run by the University of Exeter shows that mindfulness-based cognitive therapy can be as effective as maintenance antidepressant medication in reducing the rate of relapse in depression. This corroborates other studies’ findings, and helps to provide a new choice for the millions of people with recurrent depression, who currently rely on medication.

The study, conducted across the South West of England, involved 424 participants half of whom were randomly assigned to gradually come off their existing anti-depressant medication, and were taught mindfulness-based cognitive therapy skills. This involved attending eight 2 ¼ hour group sessions where they participated in guided mindfulness practices and group discussions. They were also encouraged to engage in daily home practice. After this course they could, if they wanted to, attend four follow up sessions per year. Meanwhile, those in the control group continued their medication for two years.

During the two year duration of the trial, participants were regularly assessed for major depressive episodes. The findings showed that both treatments performed very similarly in their ability to help keep participants from revisiting depression, with mindfulness-based cognitive therapy giving a relapse rate of 44%, and maintenance antidepressant medication yielding a 47% relapse rate.

This is a really valuable piece of research as it allows people suffering from depression to choose their own methods for limiting their potential for relapse. Those who don’t feel comfortable being tied to long-term medication might like to explore mindfulness-based cognitive therapy as a valid, and equally effective, alternative.

As one of the study participants put it, “Mindfulness gives me a set of skills which I use to keep well in the long term. Rather than relying on the continuing use of antidepressants mindfulness puts me in charge, allowing me to take control of my own future, to spot when I am at risk and to make the changes I need to stay well.”

We use mindfulness-based cognitive therapy at The Oxford Development Centre, as one of our treatment methods, usually embedded into each of our clients’ individually tailored treatment programmes. We also run group sessions, in the form of our Circles of Compassion group, where we teach people mindfulness techniques to help empower and nurture them. We recently interviewed Adrian Roberts who runs these groups, so you may like to read more about him too. For more information on these sessions please be in touch. We’d love to know how we can be of assistance.

If you’d like to read the full article on this mindfulness study, here’s a link to the University of Exeter’s webpage. We have also written an article highlighting an even larger mindfulness study, involving 7000 participants, which is to begin in 2016, which you may find interesting.

Claudia is an Associate Fellow of the British Psychological Society, an HCPC Registered Chartered Clinical Psychologist, a UKCP and BABCP Registered Cognitive Behavioural Psychotherapist, an EMDR Europe accredited EMDR Consultant and an ISST Registered Schema Therapist. She is also an Applied Psychology Practice Supervisor (RAPPS). She works within a holistic framework and, where appropriate, embeds in her work approaches from various healing and spiritual traditions around the world.
Go to Top