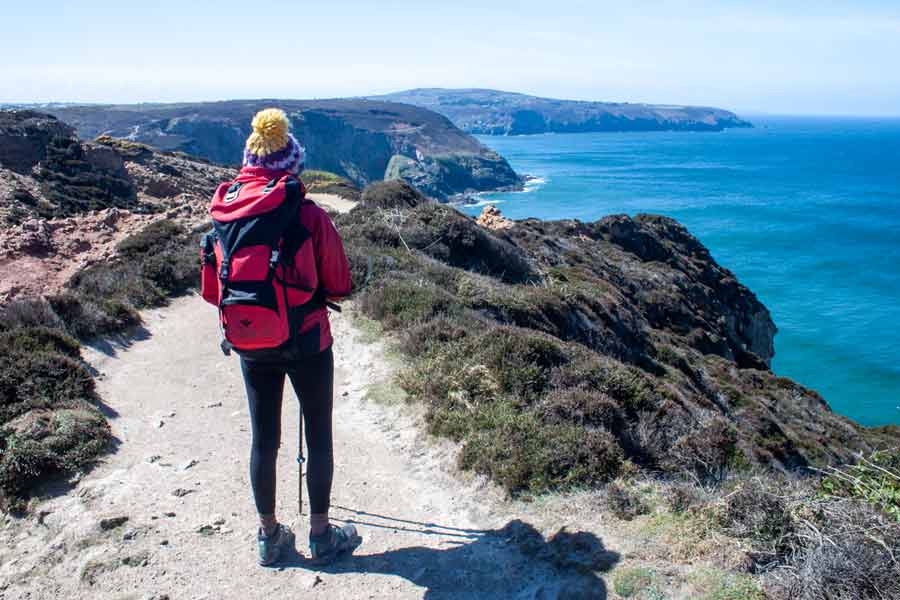 This week we’re featuring a pair of Cornish gardeners as they aim to walk the 293 mile Cornwall section of The South West Coast Path to raise money and awareness for the mental health charity Cornwall Mind and for Ataxia UK.

Following the recent loss of a dear friend to suicide and a family member’s struggle with the neurological disease, Ataxia, Fi and Sam decided that they wanted do something to turn these challenges into something positive through which they could channel the grief they were feeling.

Fi, who also works part time for Cornwall Mind, felt that if her friend, Sally, had been able to reach out to a mental health charity such as this they might have been able to provide a frontline point of refuge. This could have helped her find the support she needed and so things might have turned out differently. One of the aims of the charity walk is to raise awareness for the role which charities such as Cornwall Mind can play in helping people who are struggling with mental health challenges by signposting them to the right services to gain the support they need.

“Ever since we lost Sally, we’ve wanted to do something to honour her memory and turn the tragedy of her loss into something with some sort of positive aspect to it and hopefully, by raising awareness for a great mental health charity we’re doing this”

The couple’s walking challenge will take them across almost 300 miles of one the most undulating waymarked footpaths in the country which, in its entirity, equates to a total climb of four times the height of Everest. While this will be a tough undertaking while carrying all their camping gear and provisions in their backpacks, the couple feel that The South West Coast Path is perfect place to acknowledge a mental health charity:

“We’ve always found that walking in the great outdoors, so close to nature, has been a powerful way to reset and find a place of fortitude when facing challenging times in life”

If you’d like to find out more about the challenge the pair are undertaking or more information about the charities they are supporting further details can be found on the event webpage. In the meantime, we wish them every success and happy hiking when June comes around!

About the Author: The Oxford Development Centre

For over 20 years we have been providing empathic professional psychological assessment and treatment, and supervision and training in a friendly, understanding and peaceful environment.
Page load link
Go to Top