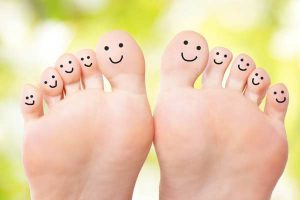 We were recently lucky enough to have an in depth Calatonia and Subtle Touch training workshop with Anita Ribeiro-Blanchard here at The Oxford Development Centre. Anita is a skilled psychotherapist with a specialty in Calatonia and Subtle Touch which she learned under Dr Petho Sándor, the pioneering founder of the practice. The weekend long event gave all of our therapists the chance to build on their existing expertise and experience of working with the therapy. Catalonia is one of the psychotherapies which we bring to many of our client sessions and we relished the chance to spend the whole weekend exploring it in great depth with Anita.

The Origins Of Calatonia And Subtle Touch

Dr Sándor developed Calatonia in the 1940’s when he as working as a physician in the Red Cross refugee camps in Europe which emerged following World War II. As Anita tells it,  ‘Sándor combined intuition with medical knowledge to find ways of overcoming medical treatment limitations imposed by war scarcity, and began to experiment with touch and gentle adjustments to the patient’s body extremities to alleviate pain and trauma.’ His realisation that in addition to medication and routine care, his emerging system of gentle touch to patient’s lower leg and neck areas was producing considerable psychological improvements among his patients. Dr Sándor was essentially laying the groundwork for the first somatic approach to trauma.

In 1949 Dr Sándor emigrated the city of São Paulo in Brazil where he continued to develop Calatonia, integrating it with his work as a clinical psychologist and incorporating it into a wider discipline he eventually called the Subtle Touch Method. In the Early 1980’s he began teaching his process from the Sedes Sapientiae Institute in São Paulo until he passed away in 1992. Thanks to his teachings and the subsequent teachings of those who learnt from him the techniques Dr Sándor discovered and evolved are flourishing and gaining increasing recognition for their healing powers.

‘In the original Greek, the verb Khalao indicates relaxation  and feeding; retreating from a state of anger, fury or violence; opening a door; undoing the ties of a leather canister; letting go; pardoning one’s parents; removing all veils; etc.”

The Calatonia And Subtle Touch Process

Calatonia works through a series of delicate touches to the feet, ankles and calves and finally the head. These touches are held for a few moments each and help to induce a calming and restorative state to the recipient.  Calatonia can also be applied to the hands, fingers and arms instead of the feet. The Subtle Touch Method builds on this introducing sequences of movements for other areas of the body working without physical manipulation, relying instead on the warmth of the hands, blowing, sounds and passive movements.

Anita explained that, ‘Calatonia has also been called the letting go technique, the touch for peace and forgiveness. The gentle touch to the skin facilitates access to one’s inner life by eliciting images, sensations, memories, feelings, intuitions, and also bridging to transpersonal areas of support, at times producing a meditative state in clients.’

These techniques are grounded in recent scientific research into the link between skin receptors and the limbic system, an area of the brain which is believed to control emotional patterns of behaviour. In Brazil there have been many PhD level theses, dissertations and books written on Subtle Touch and Calatonia and these are steadily being translated into other languages over time. You can learn more about the process on the Calatonia.org website. We also have an full book chapter dealing in-depth with how Calatonia can be used to help treat trauma. The chapter is entitled, ‘Calatonia and Subtle Touch in the Healing of Trauma’ and is from the excellent book, ‘Calatonia: A Therapeutic Approach that Promotes Somatic and Psychological Regulation’.

Anita Ribeiro-Blanchard is a psychotherapist and chartered counselling psychologist, who has practiced Calatonia and Subtle Touch since 1984. She learnt this method in Brazil under the direct supervison of Dr Petho Sándor and now runs a range of workshops helping to pass her expertise with the therapy to other psychologists and healthcare workers. The Calatonia International Training website has all the latest details about upcoming workshops across various European and North American venues. Anita currently lives in Florida but does travel to Europe fairly regularly to conduct training sessions. To learn more about Anita follow the link to take a look at her website.

The Calatonia and Subtle Touch workshop which we undertook with Anita over the course of a three day weekend was an expertly blended mix of theoretical deep diving into the subject alongside lots of practical hands-on experience in applying and receiving a whole range of Calatonia and Subtle Touch techniques and for some of us an upgrade of our already existing Calatonia practice. The whole experience left us feeling energised and excited to continue to be using this powerful technique in our own therapeutic work at The Oxford Development Centre.

How Calatonia Can Be Used In Therapy

Calatonia can of great value, complimenting other therapeutic approaches to provide a somatic outlet for many clients. If you have suffered from Trauma it can often be very difficult to stay connected to your body and can be hard to relax. Calatonia can be a very effective facilitator towards finding inner peace and balance without having to use any verbal communication and so we frequently use it to strengthen and embed the work of our therapy sessions. It can be a useful way to help clients ground after some deeper level therapeutic work to help them find a calm place of strength from which to end a therapy session, ready to face the rest of the day before them.

Calatonia: A Therapeutic Approach that Promotes Somatic and Psychological Regulation

A curated collection of essays and works by a range of authors providing a deep insight into the principles and applications of Calatonia. Contains a chapter on Calatonia and Subtle Touch in the Healing of Trauma written by Dr Claudia Herbert